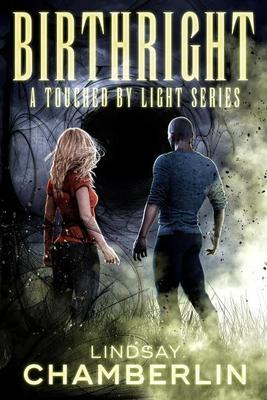 Riley has always known darkness and shadows were part of her world, but she hoped moving to a new town had taken her away from them. Her first semester at Bradford University is winding down. The race to save her soul is ratcheting up. Riley clings to the one person she hopes can keep her safe, but it is time she faced the truth. Her entire life has been leading up to her nineteenth birthday, a day her supposed Aunt had secretly prepared her for since childhood. With her past revealed and her fate seemingly sealed, Riley must make a decision that could very well end her life.

Reymend has lived two hundred years without breaking a single rule of the Guardianship, but the moment he met Riley, everything changed. He interjected himself into her life. He touched her delicate skin more times than he can admit, giving her glimpses into a world she knows nothing about. But, the one rule Rey swore he wouldn’t break may be the only way to save his Charge. When the greatest evil ever known comes to collect Riley’s soul, Rey has to face a decision no Guardian has ever had to make.

Riley had spent her entire life terrified of the shadows and darkness that followed her everywhere she went. They ruined her chances at a normal childhood and tormented her throughout her teenage years, labeling her the freak in her hometown, but now was her chance to start over. After receiving her acceptance letter from Bradford University, a chance at a new life and new friends in a town far away from home filled Riley with such hope for the future, but never had she dreamed of meeting the most gorgeous guy on campus. Not only was he attractive, but the shadows were chased away whenever he was near. Riley hoped she could hold on to him, but how could she hope for so much when she had only ever had so little?

Reymend may look like just another student at Bradford University, but his world was greater than any mortal could understand. He was blessed by the Light, trained to be a Guardian, a warrior against the shadows of Midnight that plagued Touched souls in the never ending battle of Light and darkness. It was his duty to protect those souls, and his next Charge was Riley. She didn’t understand the shadows that followed her relentlessly, but one day, she was going to be stronger than any Guardian in the history of the Light, if the darkness didn’t claim her first.

The Alyeska Ski Resort and Spa near Anchorage, Alaska is known for its beautiful mountains, relaxing environment, and delicious dining, but for Kayleigh Wilson, a trip to the frozen tundra was meant to offer so much more. After a past full of pain, she lived her life based on how little she had to feel, so when her brother offered a weekend trip to the resort where no one even knew her name, she jumped at the opportunity. For Kayleigh, this trip was exactly what she needed to put herself back in the game of dating and romance, but she never planned on meeting a man who could actually alleviate her past and allow her to experience every emotion she had shut off so long ago.

Benjamin Thomas, the man who awakens her heart from hibernation, is full of his own pain, but in his mind, some secrets are better left unshared. As Kayleigh faces her past and confronts Ben’s, she fights to keep herself from falling back into the darkness of unfeeling, but it may be at a price she isn’t willing to pay.

After years of staying far from where the ocean met the sand, Alexis can’t help but be drawn to a sexy surfer, Jason.

Alexis Anderson has a lot going for her in the near future. She has bills to pay, divorced parents to deal with, and a degree she has yet to find a job for which will put it to use. Her friends, Lori and Jordan, seemed to completely have their lives together with jobs lined up and goals to meet while Alexis was just hoping to stay above water. As the girls decide to take a beach vacation to the Outer Banks of North Carolina, none of them would have ever guessed on finding love.

After all the years of staying out of the ocean, Alexis finds herself swimming within one full of emotions she could have sworn had never existed. Jason opens her eyes to a world of possibilities, but a sea of secrets stands between them. Overcoming them might be the greatest feat Alexis has ever faced, second only to her fear of being taken under by another wave. As her love for Jason evolves, she hopes to find common ground somewhere between the ocean and the sand, the shoreline.

James and Tessaira grew up in a tiny town surrounded by trees with only one way in or out. In the mountains of Pennsylvania, the two formed a lifelong friendship. Until Tessaira decided to move.

At twenty four years old, Tessaira Faye Jones, AKA Tess, left the only life she ever knew to go to New York and pursue her dream of becoming a columnist for one of the most well known newspapers in the world.  What she leaves behind is her parents, her childhood, and her best friend.  She had never known another person like him, and now in New York, he crosses her mind from time to time.

After losing his father to the mines that surrounded the tiny town he and Tess grew up in, James Ryan Addler, AKA Jimmy, has finally found the courage to sign on with a record label. He’s ready for what New York has to offer while working on his new CD, but doesn’t expect to run into the one person who stole his heart.

Jimmy and Tess never say good bye.  It is always: See you soon.