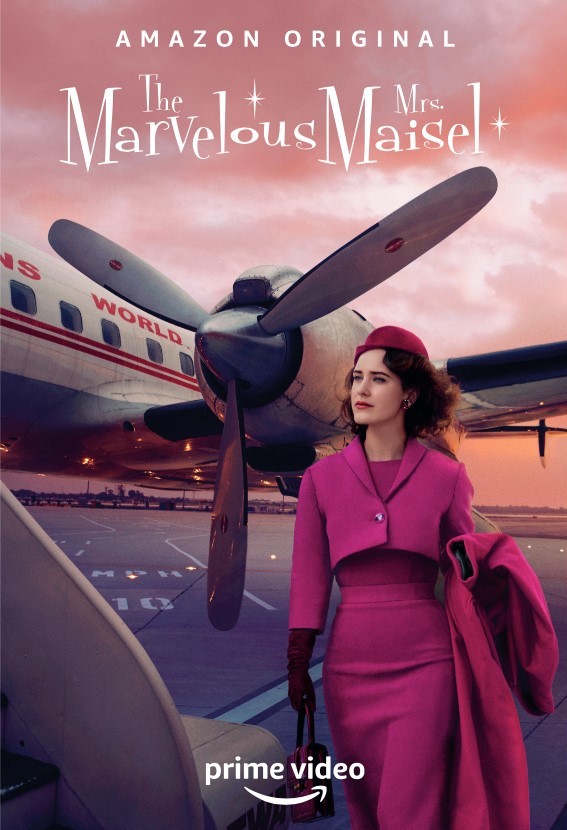 I LOVE THIS SHOW!

If you know nothing else about me, just know that I love The Marvelous Mrs. Maisel Amazon Original Series. The writing, the casting and acting, the cinematography; beautiful, perfect, and amazing! The only thing I can complain about is the length of the season! Eight episodes! Eight! It used to be ten; now, it’s eight! Give me back my ten episode long seasons!

Well, the story line left some heartburn this season also. Click MORE if you want to know why.

***MAY CONTAIN SPOILERS***YOU HAVE BEEN WARNED***

The way the season ended is just plainly unfinished! There are so many pieces to the puzzle, it’s hard to pick a piece to focus on. Then Rachel Brosnahan’s (Mrs. Miriam “Midge” Maisel) face comes to mind, and suddenly, it’s not so hard.

At the beginning of season one, Miriam’s husband leaves her. It’s what starts the whole journey of her becoming a comedian. By the end of the season, there’s a huge question mark over the couple as to whether or not they would get back together. At the start of season two, it is quite clear they were on the road to divorce. By the end of season two, we get another huge question mark. Are you seeing the pattern?

During the first episode of season three, the path to divorce is made clear again, and in the second episode, it happens. They finally get divorced.

Fast forward a few episodes, Miriam brings her ex-husband out to Vegas to see her perform. They have too many drinks, and guess where that leads them. Like most romantic Vegas getaways with too much alcohol involved, the couple gets remarried!

I love this show. I think I made that pretty clear at the start of this post. But, this was too much of a cop out. The writer’s really missed the mark on this one. They had literally just gotten a divorce an episode before the got remarried. PICK ONE! Are they married or not!? I’m fine with the whole unsure of where the relationship stands, but to have them married then divorced and remarried all in the same season is just a little sloppy.

The audience already knows they are still in love with each other, but because of the comedy thing, they can’t be together. We know that! So, why toy with the whole marriage piece? Especially after they are remarried and you don’t hear about it for the rest of the season. Ugh!

I stand down on the topic.

Other than that whole debacle, the season was amazing! Seeing Miriam’s manager, Susie, breakdown over her gambling addiction tore out my heart! It was such an emotional moment. And the ending! Don’t get me started on the ending! I can’t believe they would end it that way! All the heartache to be punched in the gut, too. It’s just mean!

Wanna know what the ending is? Watch the show!