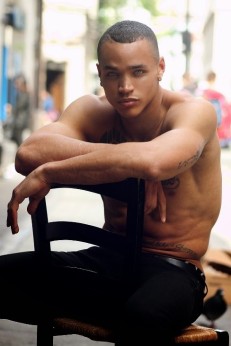 Reymend may be able to blend in with the students at Bradford University, but he is nothing like an average mortal. He’s an immortal teen, a warrior for the Light, a Guardian against the darkness of Midnight. He protects mortals until they reach Guardian age, and his next Charge is Riley.

She doesn’t know it yet, but her Light, the essence within every living being’s soul, is stronger than most. Keeping her safe should be easy, but Rey’s never seen the shadows of Midnight so attracted to a mortal before. It’s never a dull moment with her as his Charge, fighting off the darkness. Midnight’s minions find her irresistible, but Rey is like a moth to the flame.

In the everlasting life of an immortal Guardian, three things always ring true. Never become involved in your Charge’s every day life. Never touch your Charge. And never allow a Connection to manifest. Rey broke the first rule, bent the second, and has tried desperately not to allow the third to happen, but Riley’s Light calls to him. A Guardian isn’t supposed to know anything other than honor and valor, but now that Riley is in his life, regardless of his Guardianship, he’s willing to do anything to keep her.

A whisper on the wind Rey has heard in his mind as if it were his own thoughts more times than he can count since she became his charge. He knows Riley is in danger. He knows he’s the only one who can protect her from Midnight’s bidders, but who was going to protect her from him?