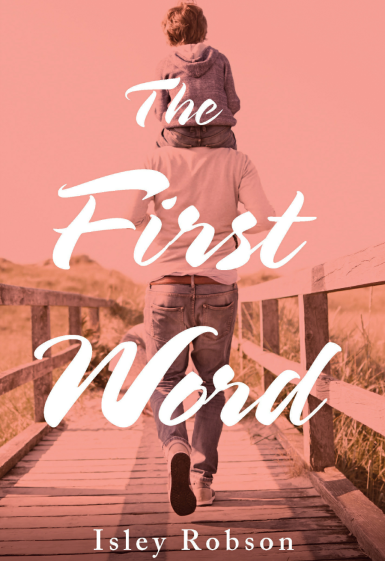 To stay sane, Andie Tilly must keep her mind on her work. Her job as a pediatric occupational therapist is the perfect distraction from the unspeakable tragedy she experienced as a child. But when she meets alternative-energy magnate Rhys Griffiths and his autistic toddler, Will, she quickly realizes her heart will never be the same. Especially when her name becomes Will’s first word.

After accepting a position as a live-in therapist for Will, Andie steels herself against the appeal of the disconcertingly attractive—and attracted—Rhys. But their chemistry can no longer be denied, and their heated affair seems destined for happily ever after. A destiny Andie’s terrified to embrace.

When Andie’s guilt, Rhys’s awkwardness, and the abrupt appearance of an erratic ex threaten to dismantle their delicately blooming relationship, they must decide if love is worth the challenge. Can Andie and Rhys find their way back to each other? Or will the demons of the past simply prove too strong?

I never anticipated enjoying this novel as much as I did. I received the name of this title as a Kindle First novel under the romance category and really debated with myself for a long while about whether I was going to watch it. Finally, the promo for the discounted novel was about to end, and I clicked the download button apprehensively. As I have said many times, I can’t stand to read or watch anything that may have a child in a situation in which they deserve better, but even though I felt for the father in novel, this child was perfect even with his diagnosis.

The toddler boy, Will, was diagnosed with autism, rocking his single father’s world. The “disability” leaves his father believing his child may never have a normal life, but it is the very thing that brings Andie, an occupational therapist, into their lives. It is as if Will could sense the hole Andie would fill in his and his father’s lives, so to me, the “disability” allowed the toddler the insight to see the purity in the woman teaching him to control his senses as they received the world in Technicolor and know she had to become a permanent fixture.

After reading the acknowledgements at the end of the novel, I understand now why the boy was depicted so perfectly as the author’s own child was diagnosed, and she went through the exact emotions imposed on her character. She instills the feelings of a parent sick with worry and love for their child so beautifully, I teared up more than a few times during my read.

Overall, I am immensely, overwhelming elated that I did click the button to download this novel. While the romance aspect of it was starkly apparent, the love of the father and child, and soon motherly figure, rang so wonderfully clear, reminding readers the multifaceted meaning of the word love.